With iOS 13 and iPad OS, users can now finally install custom fonts on their mobile Apple devices and make them available to all apps. Here is how it works.

Apple is known for its closed ecosystem and font use is no exception. Until recently, there was no official way to install fonts on the mobile operating system of Apple devices. With iOS 13 and the new iPad OS, font installation on the system level is now officially supported. 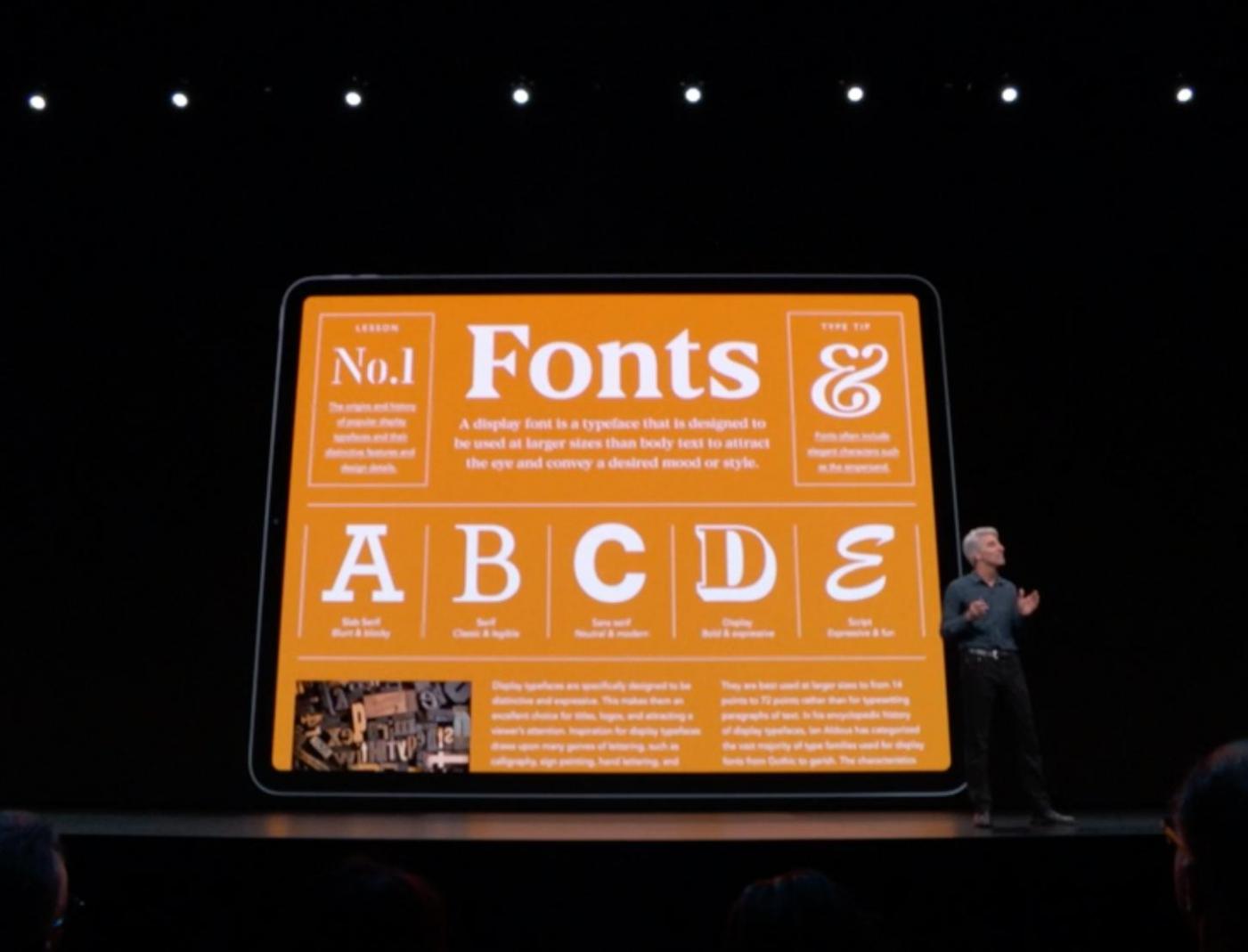 But you might have guessed it: you won’t be able to just use a mobile browser on your iPhone or iPad and download and install any font from the internet. Apple only lets apps install fonts on the system level. So foundries and other font providers need to create an app or embed this functionality into an existing one. We can expect implementations from companies like Adobe and Monotype soon, since Apple already announced a partnership during their keynote in June 2019.

One of the first apps to support the new font installation feature is the Font Diner app. At this time, it only lets you install a bundle of fonts free for personal use, but it’s a good and easy way to try out the feature. 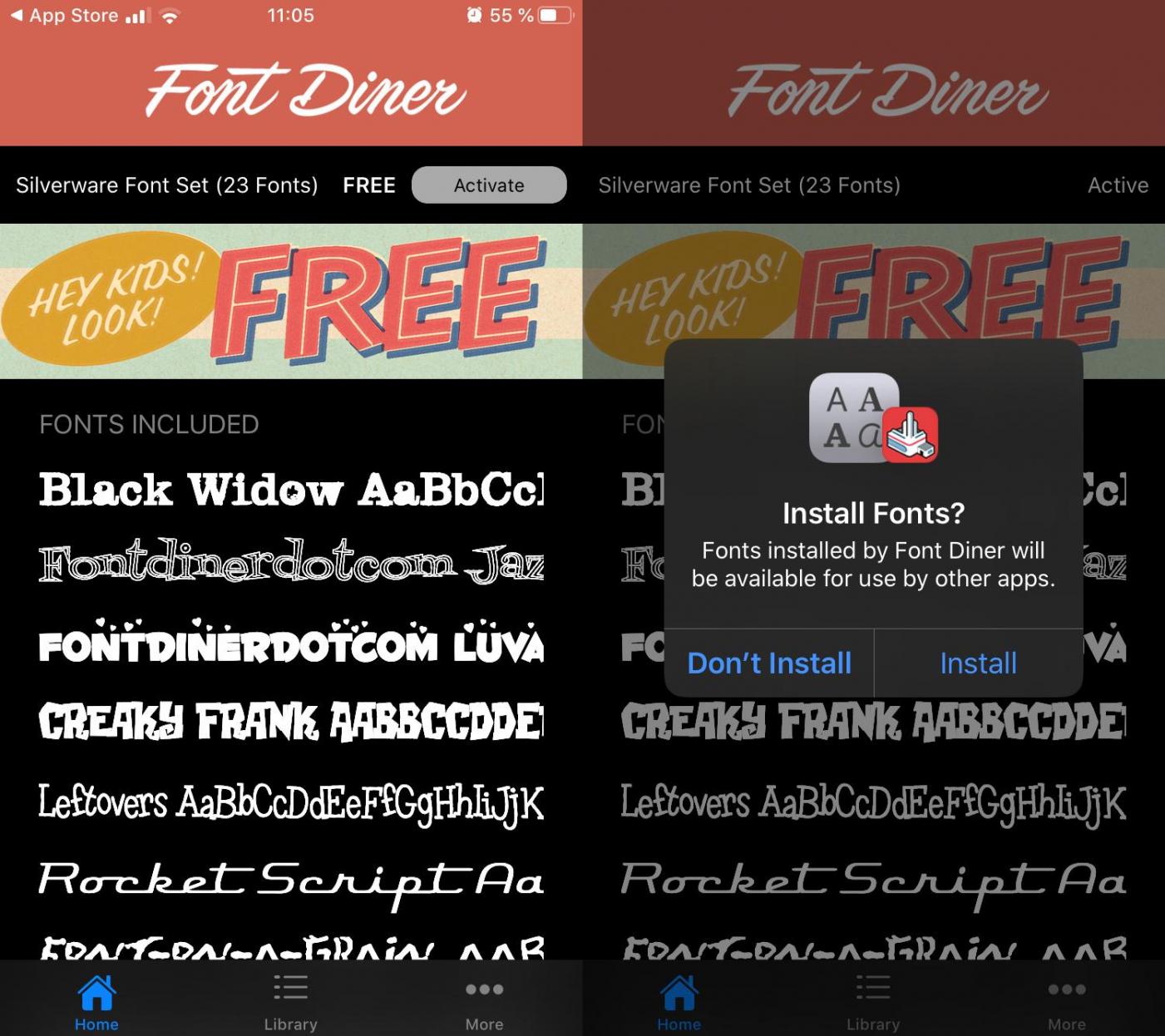 The fonts delivered through this new feature can be directly included in the app package or downloaded in the background. Apple performs a validation of the fonts to make sure they are secure and functional. As you can see on the screenshot above, system-level font installation always requires user consent.

Once the fonts are installed, you can get an overview of all custom fonts under Settings → General → Fonts. You can browse an alphabetic list of the fonts and see the styles, file size, copyright information and a font sample. You can also remove a font directly without having to access the app which installed it. Uninstalling a font installation app will also remove all fonts which came with the app. 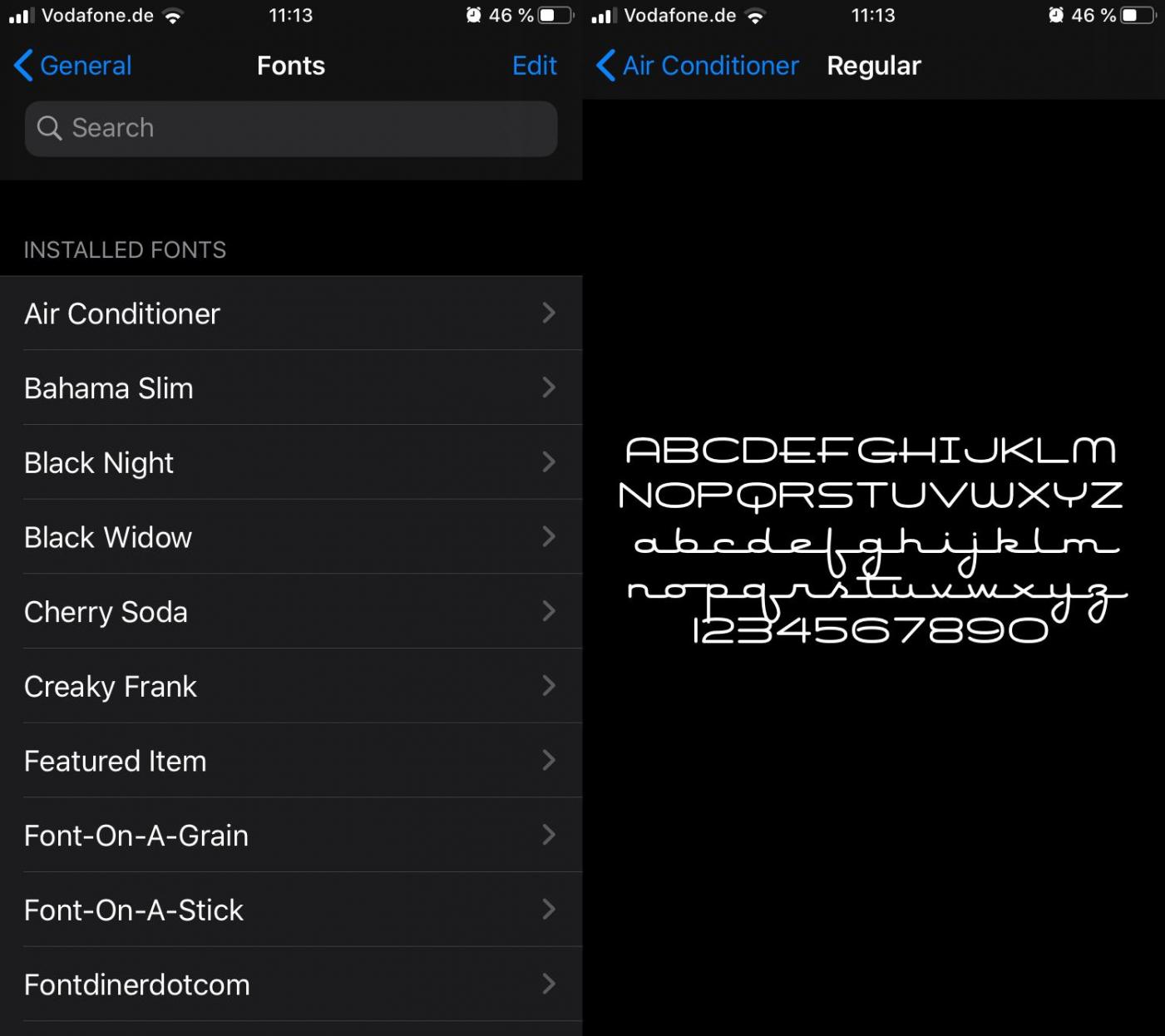 It is also worth mentioning that custom fonts being installed with this new method will not be available automatically in every app that uses system fonts. Apps need to opt in to use custom fonts. Going forward, most apps will likely do so, but you might need to wait for future updates of your favorite apps, before your custom fonts will appear as a choice in the font menu of certain apps. If you want to try out the feature, you can check out Pages, which already supports custom fonts. 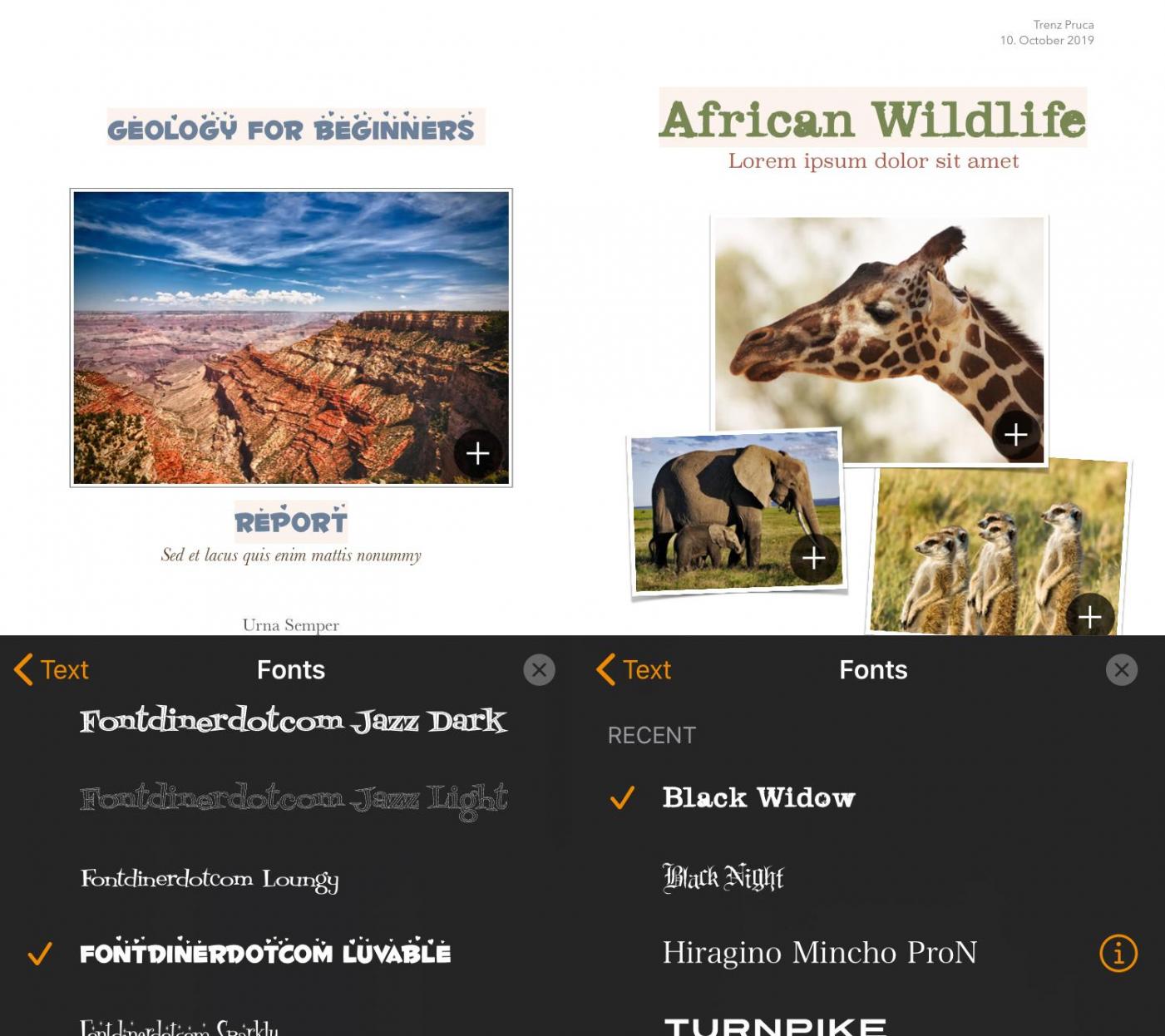 Custom fonts in the Pages app