Reklameschrift Bombe is a typeface that was originally published in 1908 by the German type foundry Ludwig & Mayer. Now, a professional digitization has been published and it can be downloaded from our patron forum.

Otto Ludwig Naegele (1880–1952) was a German designer, illustrator and painter. Along with people such as Lucian Bernhard and Ludwig Hohlwein, he was a well-know commercial artist of its time. And just as Lucian Bernhard, Naegele also worked with type foundries. Naegele’s type designs included Feder-Antiqua (Ludwig & Mayer), Nero Kursiv (Genzsch & Heyse) and Reklameschrift Bombe (Ludwig & Mayer). 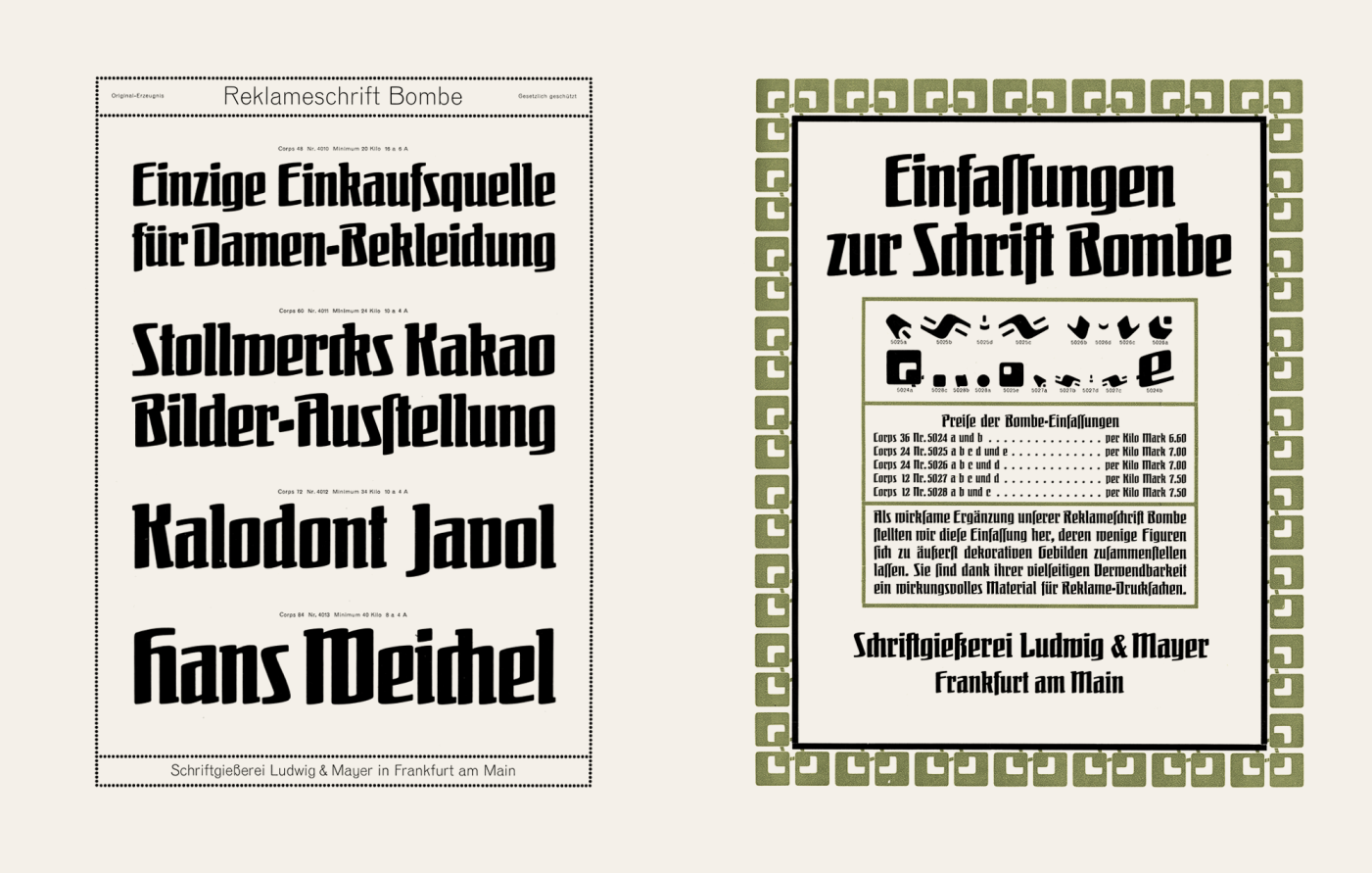 “Reklameschrift” means advertising typeface. With its narrow and semibold design, the typeface was meant for ‘striking’ headlines, which is likely the reason for calling the typeface “Bombe” (bomb). The typeface was a released at a time, when Germans were debating the continued use of blackletter and some designers tried to bridge the gap between blackletter and roman typefaces. Reklameschrift Bombe is one of these designs. The design borrows elements from blackletter while still being a legible and modern roman design. 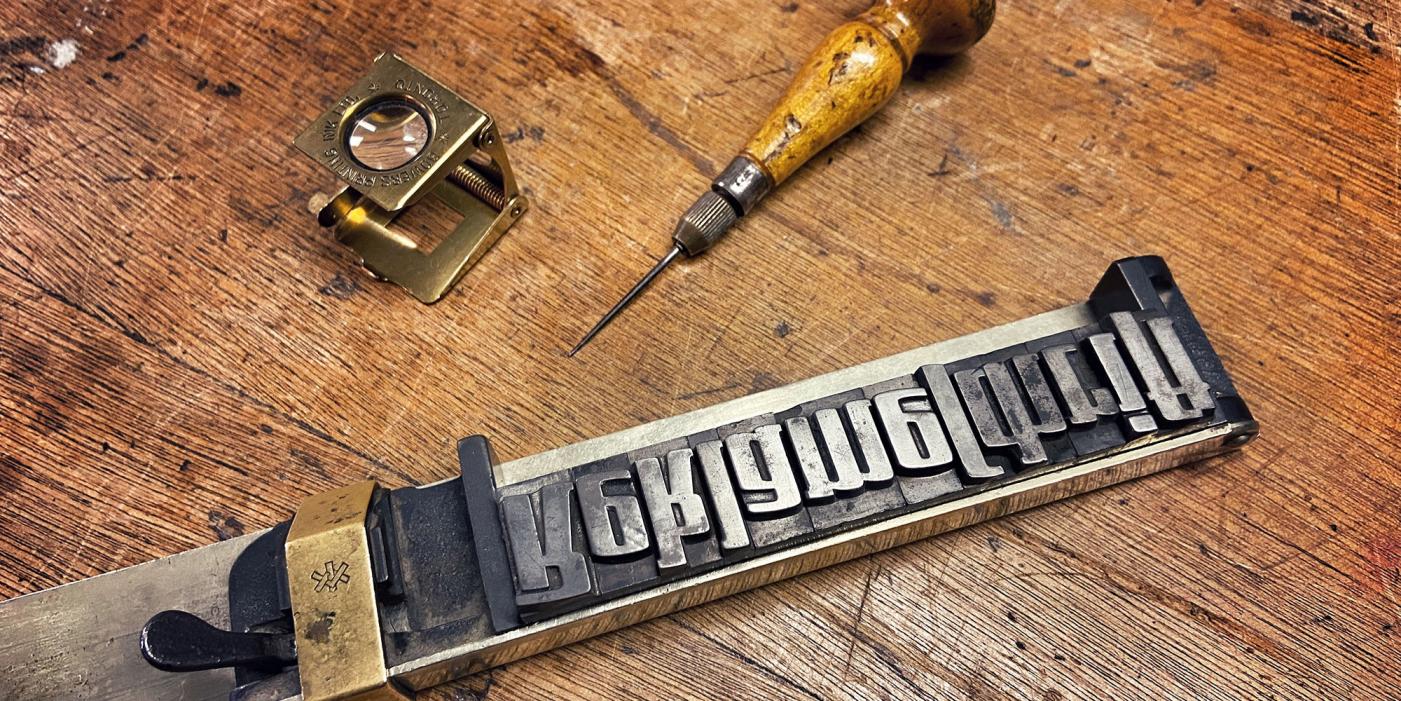 FDI Reklameschrift is an authentic revival that was digitized directly from the original letterpress font. In addition, the character set was extended. The font supports the codepages Windows 1252 and Mac Roman completely and contains Western, Eastern and Central European characters. 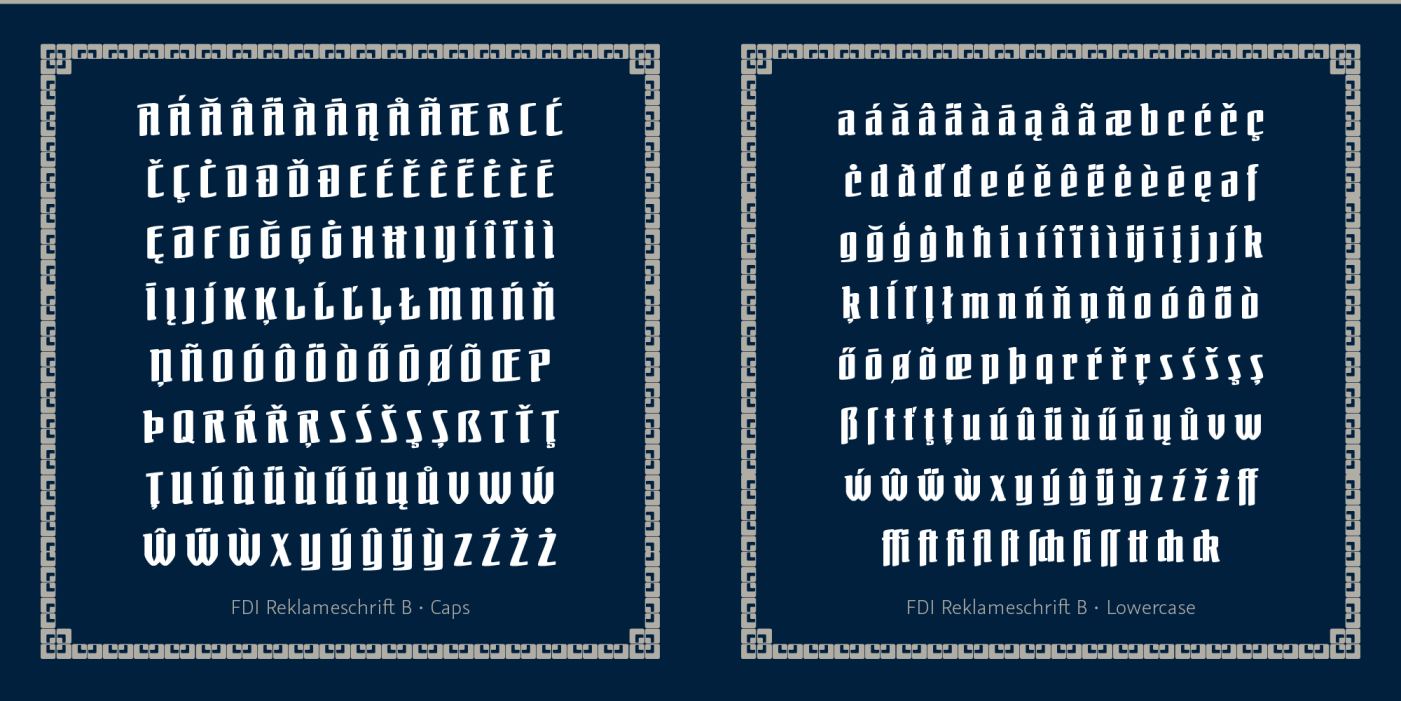 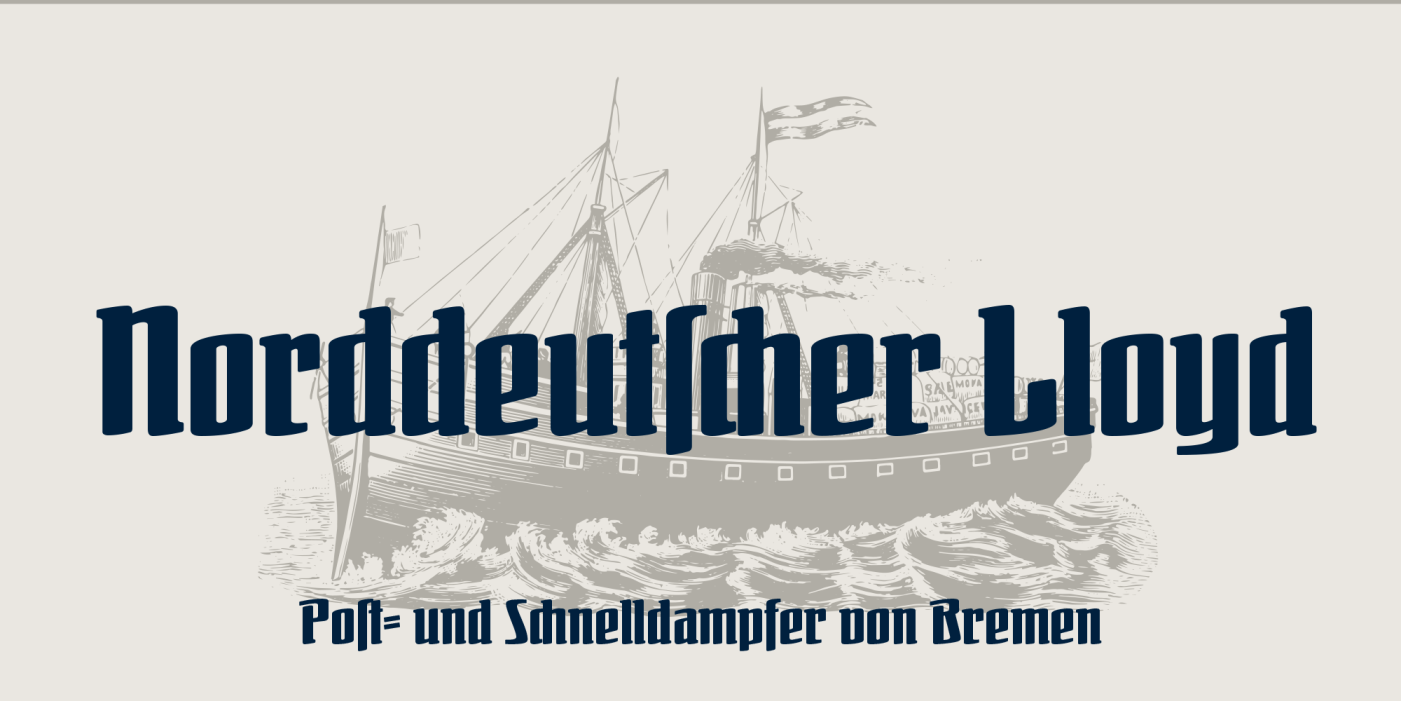 As you can see in the image above, the fonts can be used for traditional German typesetting with letters such as ſ and ligatures such as ch, ck and ſch. The latter can be accessed with the OpenType feature “discretionary ligatures”. 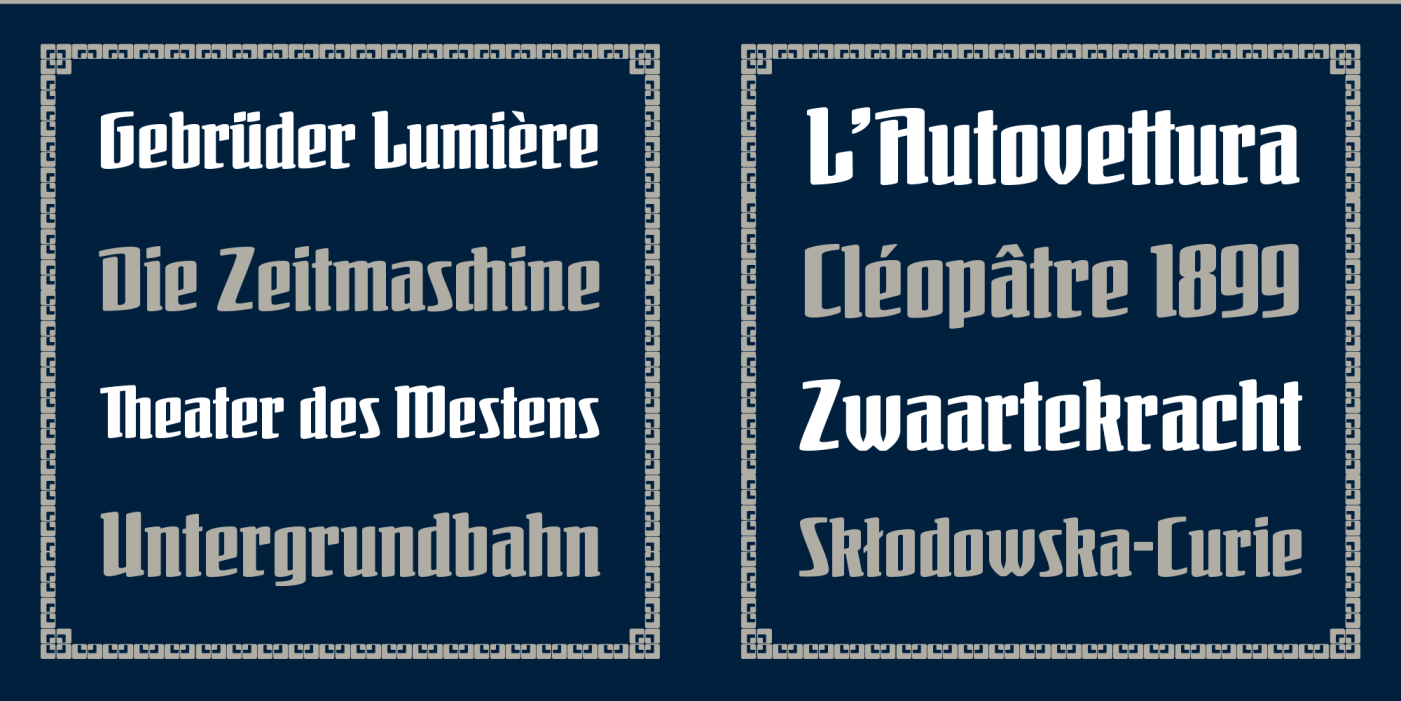 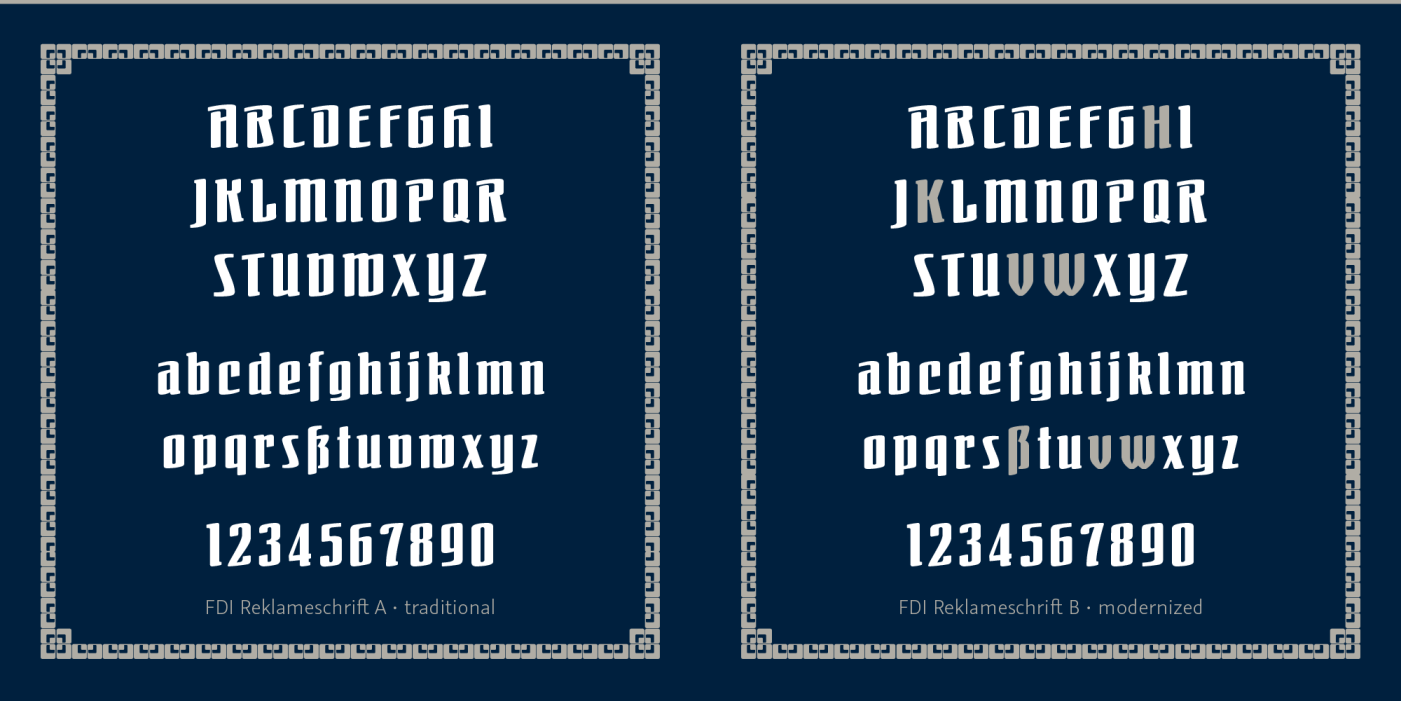 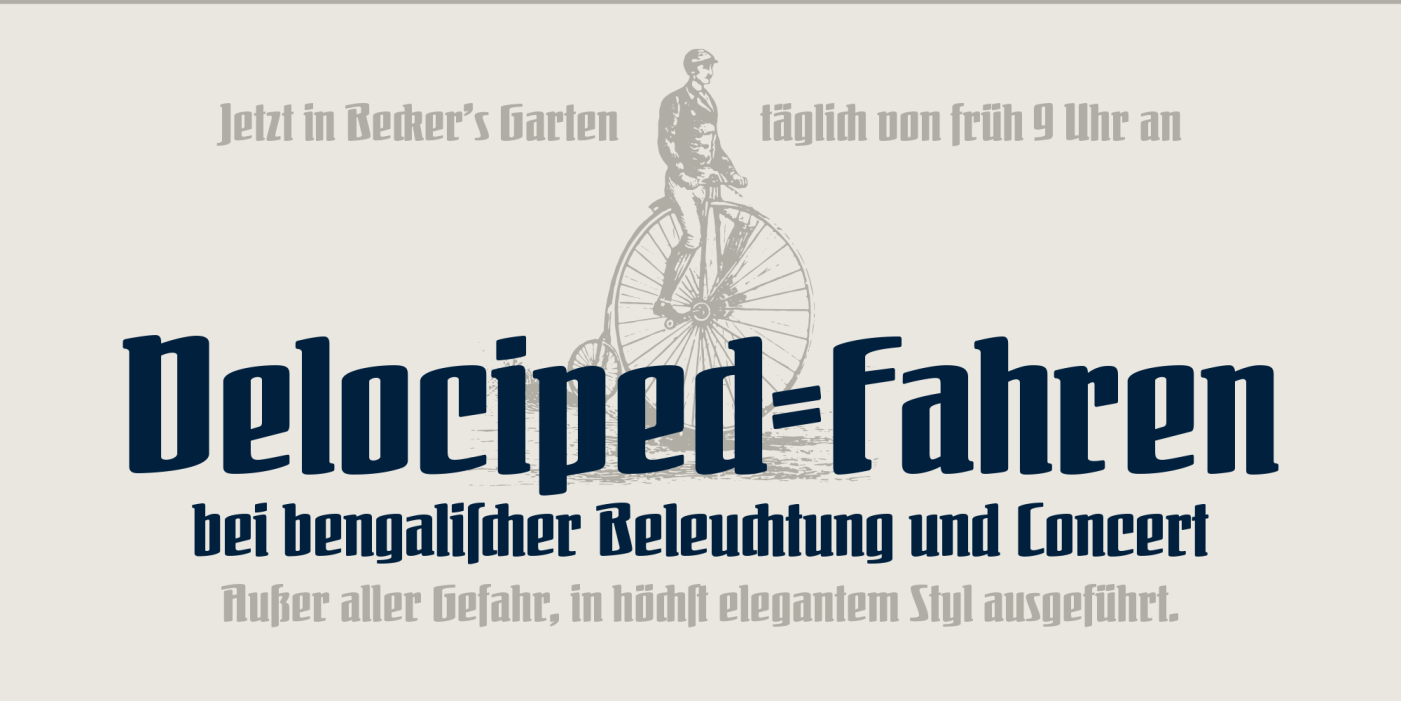 For the time being, the fonts cannot be purchases directly. Instead they are made available exclusively to Typography.Guru patrons. The standard FDI desktop license applies, so the fonts can be used for private or commercial projects (but not including digital publishing).